Newton Abbot U15s vs Brixham Rugby Club U15s
So the last match of the year against the super-group of Brixham (and Paignton old squad) set the nerves tingling once again. How good would the Fishermen be…? Allegedly unbeaten since their amalgamation last season, surely it would be another tough one??
Well, in the words of the Brixham-local kit supplier, Newton Abbot certainly managed to Veni Vedi Vici (VX3). Startling a confident opponent from the opening minute with a driving force and controlled aggression, the U15s played measured and composed rugby throughout.
Trademark power-packed forwards play was combined with courageous and skilful back play. Opening tries in the first half came through rampaging solo effort from Ewan and a sweet support line cutting inside from a Ewan offload for Albert.
Additionally, early in the half to the surprise of the Brixham official, a fine penalty goal. Yes, sir, they were playing for the win!
Second half scores from the backs perfectly bookended the forward dominance of the first half. With growing confidence in their abilities, probing runs in the centre from Ben W, Lahmo, Josh and Alfie had Brixham repeatedly scrambling in defence.
A fleet footed line break from Ben offloading to Shilly resulted in a converted score under the posts for the head over heels full back. Brix came back with a couple of their own scores but the Whites rallied with a superb sequence. Pressure in the midfield opened gaps for a Sam Shilly break to munch up the yards off loading to the supporting Leo who offloaded to Ewan, reaching within 10m of the whitewash. Three driving pods later, kept out by valiant Brixham defence, Ash spotted a huge overlap out wide due to overcommitment on the line by the Fishermen. An arcing miss pass stretched to home team too far and Alfie dived over for a score he deftly converted.
The Whites, having secured the buffer score, set to the task of finishing off the win. Sadly this came sooner than expected with injury to Archie stopping play, and then the match, as medical precaution kept him on the floor waiting assessment.
What an enjoyable end of season flourish! Every team member playing out of their skin in very breezy and slippery conditions. Tenacious and dogged in defence, courageously brutal and increasingly skilful in attack, the lads proving to themselves again that the team performance is far more powerful than the sum of their individual parts! 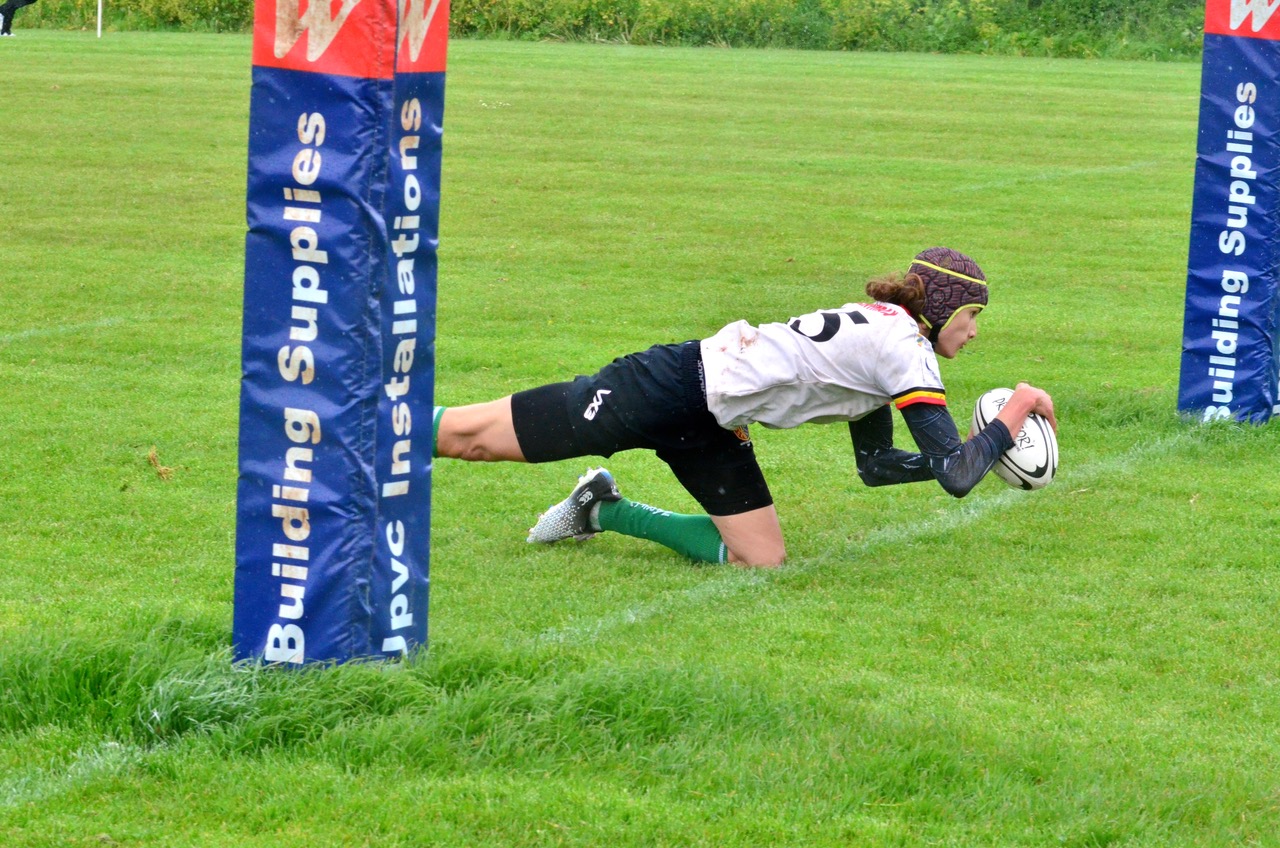