NEWTON Abbot completed the league and cup double by beating Kingsbridge 31-22 in the Devon Intermediate Cup final, but it was a close-run thing for the All Whites, writes Conrad Sutcliffe.

Promotion was safely stashed well before the final and Newton, with home advantage and a partisan crowd behind them, were tipped to come out on top. They did, but not without a struggle.

Kingsbridge were never behind from the sixth minute until the 68th when Newton took a 24-17 lead. Skipper Josh Vincent had scored two tries from line-outs for Kingsbridge, both converted by Ben Newman, who also potted a penalty eight minutes into the second half.

Newton’s contribution to a 14-10 half-time scoreline was a try by the pacy Josh Davey on the wing plus the conversion and a penalty from stand-off and captain Jake Monnington.

Newton were bested in almost every line-out and struggled at scrum-time until Kingsbridge lock Jamie Palmer was yellow-carded for a high-tackle on All Whites’ prop Lloyd Radford just after the hour mark.

Newton Abbot scored two tries while Kingsbridge were a man down: both from set-piece scrums in front of the posts against a depleted opposition pack. In such ways are close games won and lost…

Both tries were scored by Newton’s powerhouse No.8 Max Snowden, who battered his way over from the back of the scrum. The Whites also had a respectable case for a drive-over try by Josh Gale, but referee Steffan Anderson-Thomas was unsighted and had to go with ‘held-up in goal’.

Newton’s 24-17 lead meant tie was not won yet and five minutes from time-up Kingsbridge trimmed the arrears down to two points with a try on the left credited to hooker James Westlake.

Now Newton’s reduced 24-22 lead looked fragile as Kingsbridge piled on the pressure in the last five minutes and time was almost up when the All Whites were awarded a scrum close to halfway.

A quick heel was followed by two passes to Newton right-wing Ryan Partridge, who bolted up the tramlines on his way over for the clinching try in Clubhouse Corner.

There was just enough time for Jack Sweeny to kick the conversion, his third of the half, and for Kingsbridge to restart before the final whistle blew.

Simon Morrell, the Newton Abbot coach, said his team were well below their best up to half time and beyond and had to dig deep to win the game.

“Unlike our two previous league encounters it was Kingsbridge who got off to a flyer, taking full advantage of our somewhat lackadaisical approach in defence, which saw us give away a ludicrous volume on penalties.

“Kingsbridge duly obliged, mauling us to the cowsheds and back, for two well-worked tries and opening up a 14-3 lead.

“Our situation in the game was further compounded by our worst performance at the line-out all season. A number of errors in this department made it hard work to build pressure.

“To the boys’ credit, they kept at it and having gone close on two occasions Josh Davey finally crossed for a fantastic try to Josh Davey in the corner.”

Morrell said the second half started poorly for Newton, who gave away a penalty and went 17-10 down, but he started to see signs that Kingsbridge were tiring from the ‘monumental effort’ they had been putting in.

“And when we introduced Ian Milton, John-Joe Lacey and Jake Symes from the bench we became the ‘aggressors’ and dominated the battle on the gain line and more significantly in the scrum,” said Morrell.

“Inevitably, the penalty count started racking-up in our favour and a slightly more agricultural approach saw us cross the line through Josh Gale, which was deemed as held-up.

“We continued to hammer away at Kingsbridge, who soon found themselves down to 14 men. There was real sense of Inevitability when Max Snowden crossed to give us the lead for the first time.

“It looked all over when Max scored his second try, but a sloppy restart followed, which gave Kingsbridge the perfect opportunity to maul us over for their third try.

“Ryan Partridge’s cracking try from deep settled the tie once and for all.” 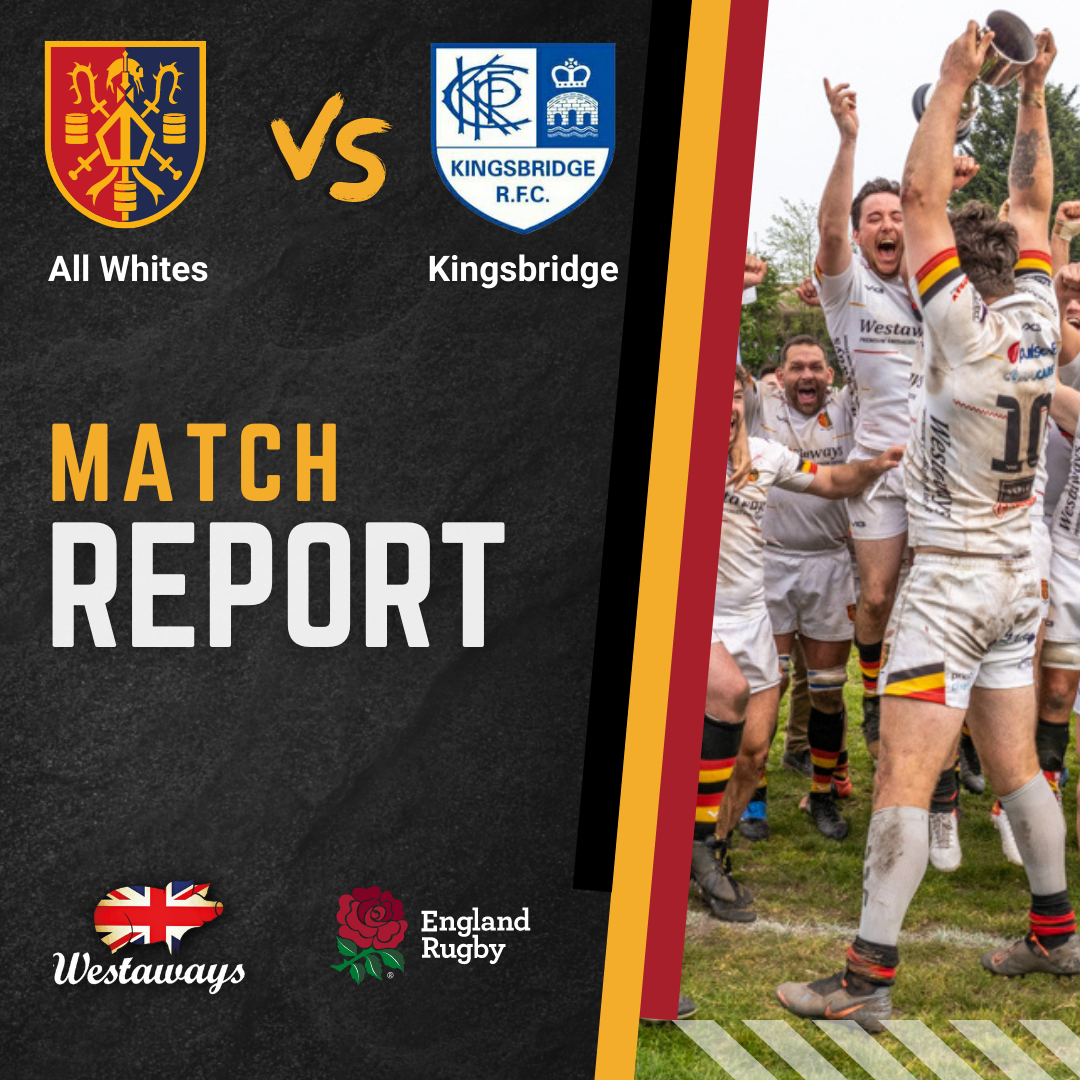