Colts Rugby Round Up

Colts Rugby Round Up


The Colts are back …

It’s been a while since Newton Abbot have been able to field a Colts side but with the U16s of the 20/21 Season stepping up to join Tony Smiths Colts the group have been unstoppable!

On Saturday the Colts headed out on the road to Sidmouth where they continued their unbeaten run!

Based on previous encounters this away fixture against Sidmouth was all set up to be our toughest match of the season to date. The first few minutes of the game saw both teams play some attacking rugby with Sidmouth being first to score after pouncing on a loose ball and scoring breakaway try backed up with a successful conversion.

Newton were quick to respond with McKenzie Strath finishing off a well worked forwards move from a line out. After a period of dominance from Newton, Reuben Brinkley was next to add to the points showing great pace up the wing. Try converted by Jay Barnes.

Newton started the second half as they had finished the first showing, control in both attack and defence. Jack Mitchell found some space in the centre and broke free to score Newton’s third try of the game. Try converted by Jay Barnes.

After weathering some pressure from Sidmouth, Newton managed to turn the ball over and with quick hands put James Darcey in space and through for a well deserved try. After a sustained period of dominance and some great play by Newton backs Reuben Brinkley exposed some tired defence out wide and was rewarded with his second try of the afternoon.

Next on the score board was Jack Mitchell with a powerful run up though the centre field. The final score of the day went to Connor Mackellar after he finished off a great move by the Newton back line. Final score 7- 39

The Colts can be seen in action this Saturday as they head back to Rackerhayes to take on local rivals Torquay at 2:00pm over on Homers Lane!

We look forward to welcoming you back on Saturday to our annual Super Saturday where we will be hosting Glendenning as our Matchday Sponsor.

Our brand new kit will be on display as the 1st Team take on Teignmouth! There will be plenty of other things happening throughout the day with a VX3 Kit Shop, Tuck Shop, Bouncy Castle and BBQ!

Aspire Dental will also be with us for the day for those of you who wish to get a dentist fit gumshield! Available for both Juniors and Seniors.. More details to follow. 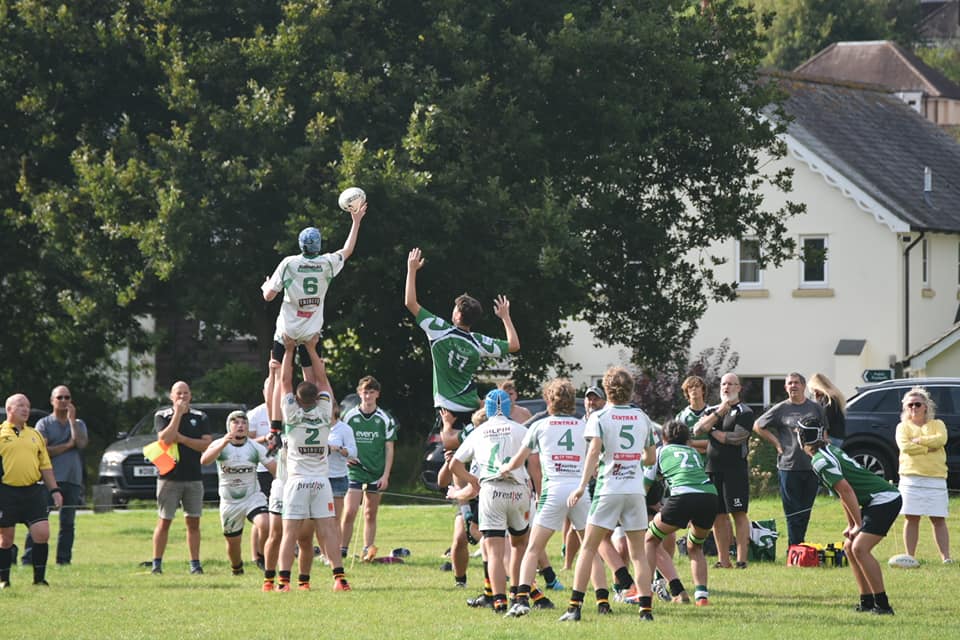