A disrupted week for the coaches!. A week where myself and the coaching staff were never together at the same time due to work or family commitments. Players dropping out with covid, a Tuesday night training session with unusually low numbers and several uncertainties for availability right up until Friday afternoon.

Jumping on the bus for the last time this season, the buzz from the players was a good sight. Likely helped by a good run of games and a noticeably closer connection forming between each other.

Travelling to Bideford you never know what you’re going to come up against! Bideford has a very good Fly Half and Scrum Half, who know how to play their pitch, probably more so in the wind and rain. We also won the last fixture on the Westaway Sausage Pitch at home, which sets a precedence for the next fixture.

Bideford are a physical opposition and went 7 – 0 up early on, against the run of play after Josh Dore was sin-binned for a shoulder charge. Consequently, Bideford got their tails up and kicked themselves around the park. They made work difficult on the pitch. Senior Rugby Development Manager, Simon Morrell described them as “Nausy” effectively disrupting the flow of play whenever they got the chance.

After some good phases of play, we went into the second half  7 – 5 down after a decent set piece scored by Aaron Smith who has returned to the First Team after injuring both ankles. With the poor conditions and the tight scoreline, we were fully expecting a tough second half and Bideford didn’t disappoint, dropping the anchor in the wet conditions and again their flyhalf bossing the game for them.

After bringing on a fresh and very strong bench we created constant pressure and scored a decent try through Tom Osborn only after having two tries held up. At times it felt like things could slip away. However, after a really mature performance and sticking at it, the All Whites put away another 2 tries through Josh Dore and Max Snowdon in the least 20 minutes.  A tough game but impressed with how we trusted the systems until the final whistle

With the bonus-point win and Teignmouth losing away to Tiverton, Newton moved up to 5th place with hopes of  an Intermediate Plate final at Rackerhayes on the 30th April 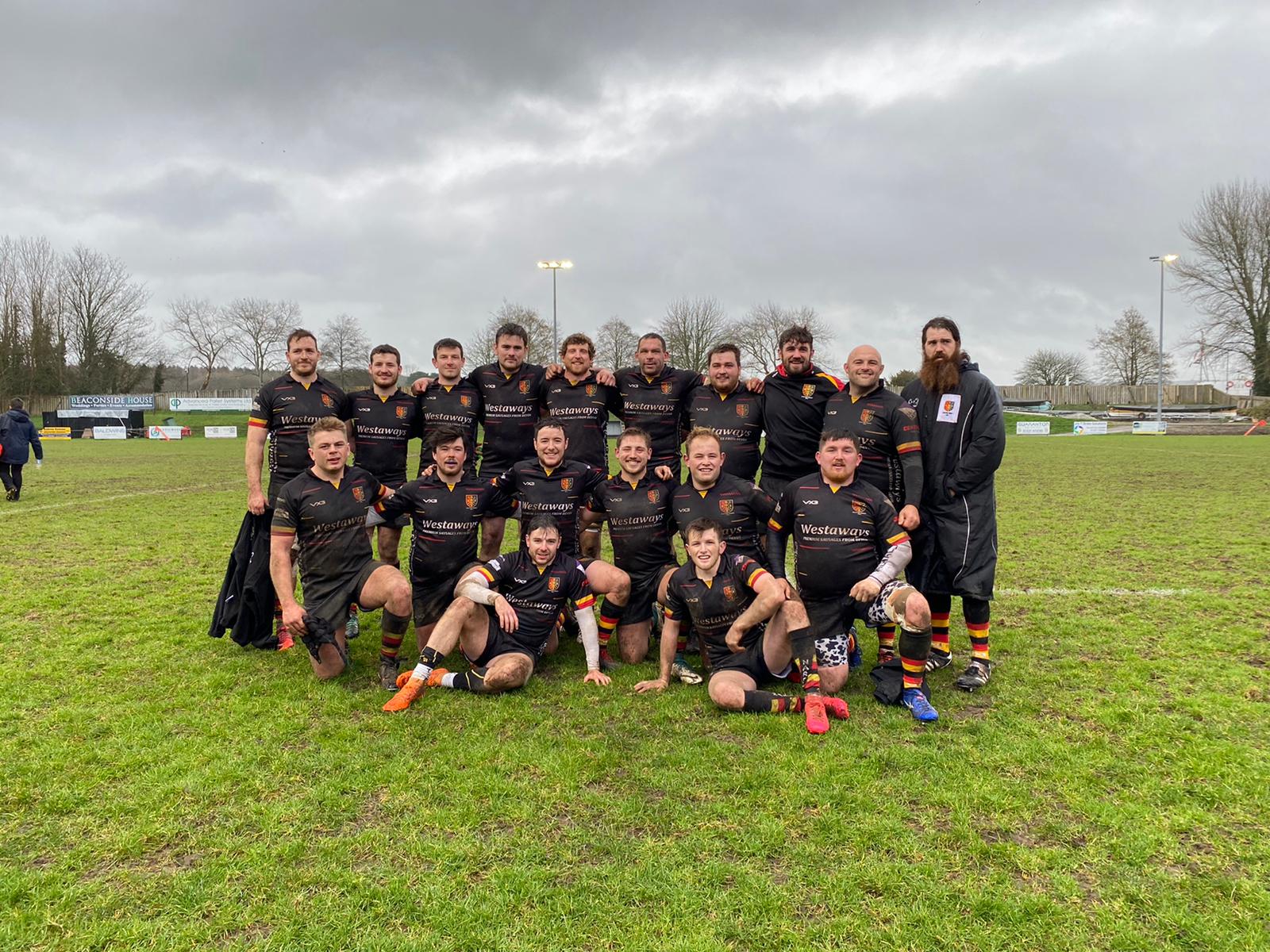 Please keep an eye out for our floodlight fundraising starting very soon.